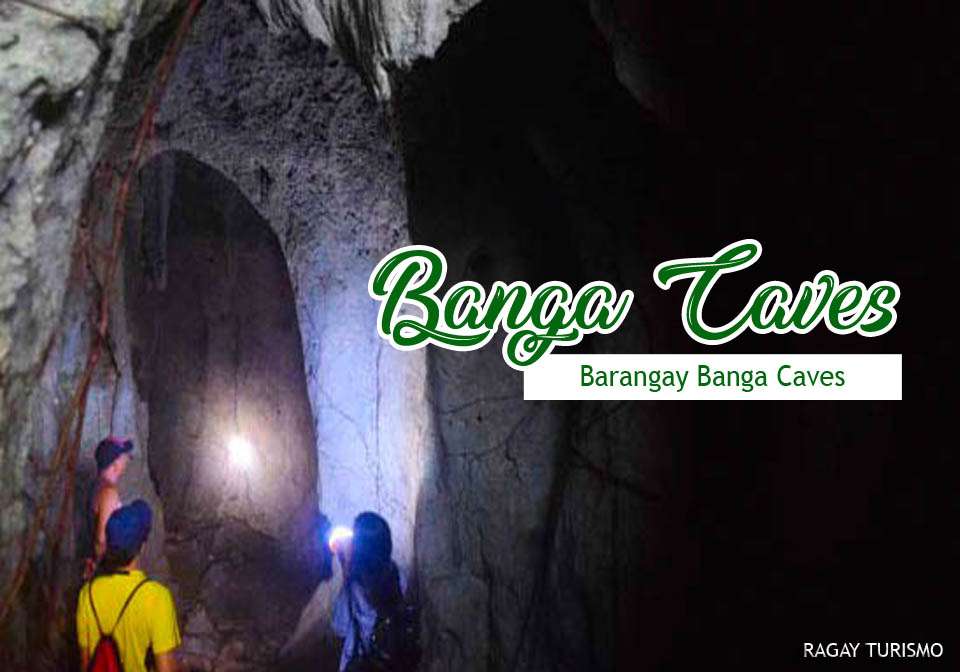 These caves are located at Brgy. Banga Caves. The term “banga” is a local name for palm tree (Arecaceae) that had grown largely in the area way back then and the 101 caves.

Stories from the locals reveal that during World War II,
the caves served as one of the major camps of Japanese soldiers. It also speculated that soldiers used the caves as a hiding spots from their enemies as evidenced by some tools and implements found therein.

There are 101 caves yet to be fully explored but only 20 caves declared by DENR safe for tourists. These caves could be an interesting attraction to adventure goers.

Other parts of caves are strictly for research studies and other purposes sanctioned by the government. Cave assessment is being done annually by the Department of Environment and Natural Resources (DENR) Bicol Regional Office to determine changes in the caves’ biophysical attributes. In March 2014, the Cavers of the Protected Areas and Wildlife Division of DENR Bicol documented the stalactites in one of the caverns of Banga Caves.

From the hundred caves, it is worth to visit a big cave that the locals called “CATHEDRAL” as it houses a formation in the figure of the feet of MOTHER MARY. Heads up for everyone, expect significant amounts of crawling and sliding while spelunking. The cave is muddy, wet, and slippery all the time so be keen to observe safety-first while having fun.

From Andaya Highway, drop-off to the crossing of Sitio Sampaloc, Brgy. Banga Caves, then take a 10-minute tri-mobile ride going to the Barangay Hall for a fare of P20. It is going to be a guided tour to ensure the safety of tourists. From the Barangay Hall, take a 500-meter (about 15 minutes) walk before reaching the caves.

Note: For safety and convenience, coordinate with the Municipal Tourism Office.